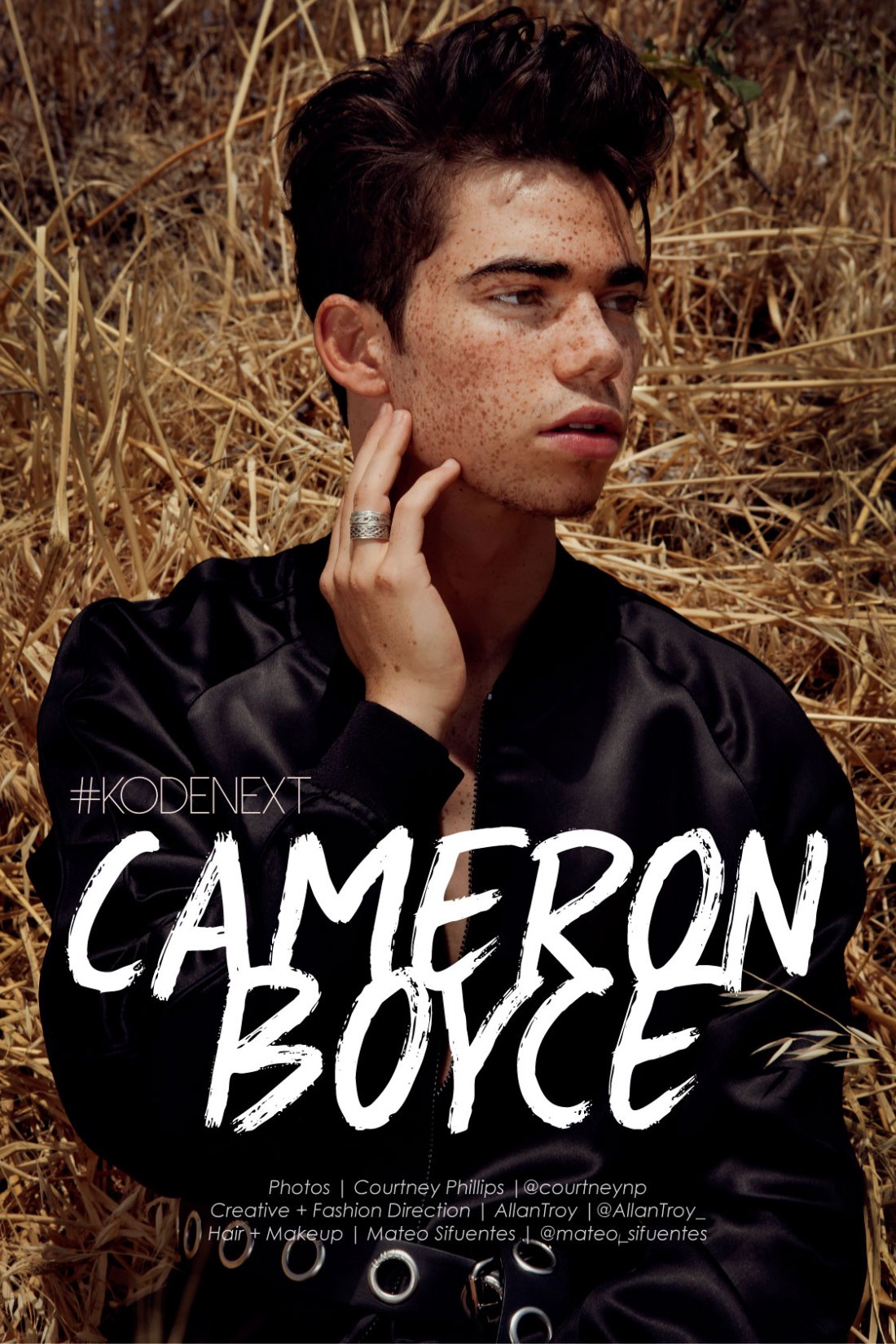 From singing, acting, and dancing, there’s nothing Cameron Boyce can’t do. The talented 18-year old lets us in on what it’s like growing up as a Disney star and behind the scenes of the widely successful Disney original movie, Descendants 2, where he plays Carlos.

Kode | The entertainment industry has a reputation of being very cutthroat, especially for young talent. Have you always wanted to be apart of this world and at such a young age?

I’ve never wanted to be a part of the politics and exploitation. I had a pretty rude awakening when I found out the agent I had hired almost a year ago was involved in a scandal involving sexual assault. The only thing I can think of when something like that happens is how much of an outlier I must be. It’s difficult to find honest people with pure intentions in this circle. That cutthroat approach only breeds more, turning artists pure intentions into something very different. I stay away from that as much as possible and remind myself why this is what I chose to do in the first place. What I love about this industry is everything but the “industry” itself. I love the artistry, the storytelling, the unifying nature that steers our entire population in directions we hope will better us as a whole. We change lives and ways of thinking. Being a part of an exclusive group of people who influence others through creative means makes working around egos, and in some cases, real monsters, worth it.

Kode | You’ve been killing it on Disney for almost a decade, what are you thinking the next decade is going to look like for you?

In a perfect world the next decade of my career would include acting, dancing, directing, developing, fashion and philanthropy. In a broad stroke, I want to create.

Kode | Has there ever been a moment where you wanted to live a “normal life” and what are some of the most challenging things for you personally in regards to being in the public eye?

At times I envy 10 year old me, who would get recognized 2 or 3 times a month. That was probably the last time my life was still relatively normal. I’ve been lucky enough to have a steady increase in the number of people who recognize me, unlike a lot of my peers who’s rise to fame was quick and over-whelming. On the street I went from “The Lunchables kid!” to “Sandler’s son! Remember? Stone-aged shiznit!” to “Luke Luke Luke!!!” to, finally in the past couple years, Cameron Boyce. At every stage I learned to cope and embrace. I hold on tight to the personal details of my life. Having secrets is normal, and when more than just school friends want you to spill, you cherish them even more.

Kode | You’ve garnered a fervent following of dedicated fans. What would you say has been your most memorable encounter so far?

I’ve never understood how the sight of me could bring someone to tears. That’s happened a bunch of times and when it happens all I want to do is cry with them. To mean so much to someone is still crazy to me, it’s one of those things you’ll never get used to. I remember there was one time I was doing a radio call and a Descendants fan and I were talking about the ultimate cosplay. We decided she would have to incorporate a piece of every villain kids look in one. Long story short I forgot all about it, and months later she showed up to the D23 convention meet and greet decked out as Mal, Evie, Jay AND Carlos. She didn’t cry, but that was only because she had already cried the first time she met us at the same event a year earlier. That was pretty impressive.

Kode | You’ve already appeared in standout roles with some of the biggest names in Hollywood. Who are some of the names on your list of upcoming or hopeful collaborators?

I’ve been lucky enough to gain a lot of knowledge from people who know what this line of work entails. I’d love to work with well rounded people, most of which seem to have an amazing head their shoulders. Jaime Foxx, Sandra Bullock, Jake Gyllenhaal, Tom Hardy, Halle Berry, Donald Glover, Andre 300, Ryan Gosling… The list of people I want to model the way I approach my decisions after is pretty extensive. If  I could gain an ounce of the respect that those names command I’ll have done something right.

Kode | Descendants 2 garnered smashing ratings for Disney. That must have felt awesome to be a part of something that resonated with so many people. What was that process like?

The movie performed better than most of us expected, it became a global phenomenon. I was riding a bike through the dirt backroads of Urubamba, Peru and spotted a little girl walking home from school with a Descendants backpack on. It’s crazy to experience the overwhelming approval from so many people. So much so that people buy anything with your face on it. Lunch boxes, balloons, cakes, anything. I guess we did something right… It really starts with everyone buying in to what we’re trying to accomplish. Once we all direct our focus to making an entertaining and inspiring movie, we’d do anything to make it happen. Even if it means embarrassing yourself in the recording studio or on the dance floor. Once we get that out of the way, we all feel ready to tackle the filming process and both times we’ve ended up with a pretty fantastic result.

Kode | The Descendants cast seems pretty close. What was daily life like on set and what’s your thing about your costar the gorgeous Dove Cameron?

We’re a driven bunch, that’s for sure. It’s hard not to become close with people who you spend every day of a two month period with working to achieve the same goal. Yeah, Dove is one of the smartest people I’ve ever met. She thinks things through like 12 times over. We have an interesting bond in that we’d both been on the channel for a long time. We discuss a lot of the ins and outs of the business and keep each other in check. It’s a crazy life we live, so it’s really nice to have intelligent people you can talk to who are going through similar stuff.

Kode | You act, sing and dance. Are there any other avenues in the entertainment industry that you’d like to try?

By the time I’m done I like to think I’ll have tried a bit of everything. Maybe Broadway, maybe stand up… I’m open to it all.  I guess I’ll cross that bridge when I get there.

Kode |  You’ve accomplished so much at such a young age, what’s coming up next for Cameron Boyce?

I have a whole lot in mind. No spoilers…

Kode |  Growing up I’m sure you had to be so inspired by some of the greats and were influenced by their legacies. Who were some of your biggest inspirations and what kind of legacy do you wish to leave?

The reason I jumped over two dancers and landed in the splits in the finale of D2 was because I idolize the Nicholas Brothers. (look them up kids!) So yeah, I’ve drawn inspiration from a lot of different places. I just hope people remember me as a student (hopefully with something to teach one day) and a good person who volunteered his opinions in the hopes that he could improve the lives of others.

Kode | You have so many young people who look up to you and what you do as an accomplished actor. What are some tips you would give your fans who would like to be in your position in the acting field?

Without persistence nothing will ever come to fruition. It takes a long time to find your footing in this business and on this Earth. Try things. Be creative. Stay truthful. Above all, trust your gut, do what you feel makes you happy, and reject what you disagree with even if you’er advised to do otherwise because it would be “good for you”. Everyone’s path is different, so there’s no way to truly mold your career after someone else’s. Trust that your current position is the one you’re supposed to be in! 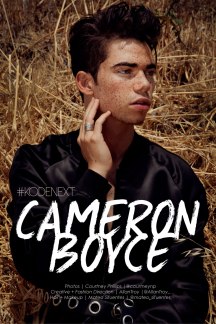 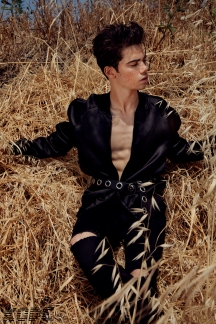 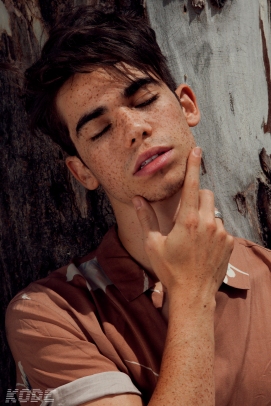 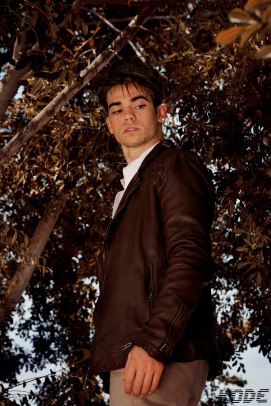 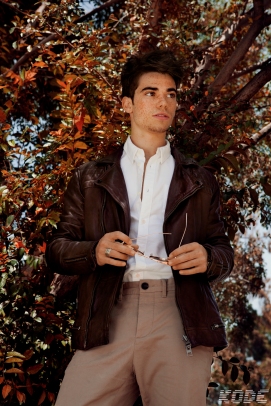 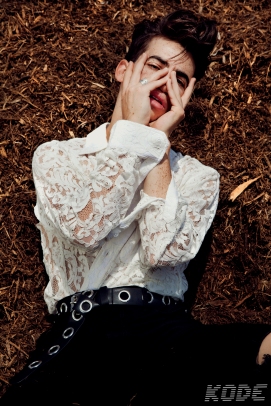 View all posts by camsramos